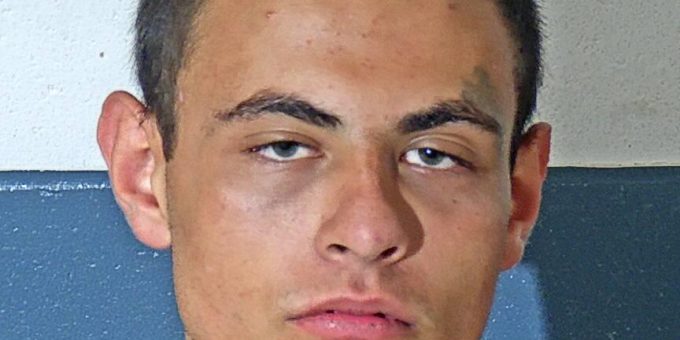 (BEDFORD) – A Bedford man was arrested after a Bedford Police officer on patrol found him staggering in the middle of Lincoln Avenue at 5:10 a.m. this morning.

The officer stopped 21-year-old Braydon Wright to check on his welfare.

“Wright showed all the signs of intoxication and an ambulance was requested,” says Chief Moore. “While waiting on the ambulance Wright became combative and was placed into handcuffs for the officers’ safety. While officers were walking him to the patrol car Wright spit on one of our officers and began fighting with them.”

Officers transported Wright to the hospital and after being cleared by medical staff he was taken to jail.

Wright is facing charges of battery against a police officer, resisting arrest, and public intoxication.