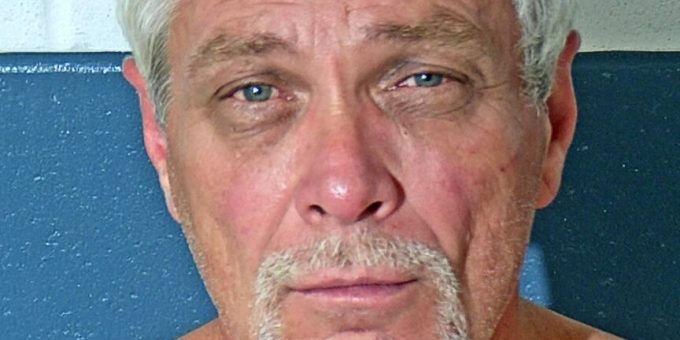 (BEDFORD) – A Bedford man was arrested after Lawrence County Sheriff Department deputies responded to a domestic dispute in the 1280 block of Butterfly Lane on Sunday night.

When officers arrived at 8:25 p.m. they spoke to an adult female who said 53-year-old Glenn Roll had injured her.

“She told officers Roll had choked her, hit her in the face after a verbal altercation,” said Chief Deputy Aaron Shoults. “Officers observed blood on her lips and bruising on her neck.”

Roll was arrested on charges of strangulation and domestic battery.

As officers went to handcuff him he began resisting and had to be physically restrained.

“Once in cuffs, he was taken to the police car and Roll refused to get in and rolled over and began kicking and kicked an officer in the face,” added Chief Deputy Shoults.

A charge of battery on a police officer was added.