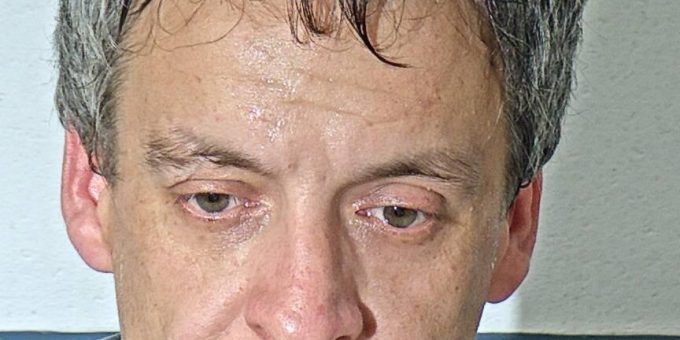 He pulled over the driver of a 2019 Dodge Journey for a speeding violation.

That driver was identified as 42-year-old Zachary M. Wood, of Old Schoolhouse Lane.

While inventorying the vehicle for impound, Sgt. Day discovered Wood was in possession of approximately 6 grams of meth.

Wood was not arrested at the time pending further investigation.

Authorities note that there were people inside the home when the officers arrived, but no one would answer the door.

Sgt. Day then submitted a probable cause affidavit for the arrest of Wood for the offense of possession of methamphetamine (over 5 grams, but less than 10 grams – a Level 5 Felony).

The warrant was issued while the officers were still at the residence.

While awaiting the warrant, Troopers Griggs and Garvin spoke to an occupant of an apartment inside a detached garage on the same property.

The overwhelming odor of raw marijuana could be detected coming from that garage. Troopers asked for consent to search the garage and apartment, but the resident denied officers entry.

Trp. Griggs then applied for and received a search warrant for the separate garage and apartment.

Once troopers had the arrest warrant for Wood, they made entry into the residence and located Wood, along with two other occupants. While Wood was being placed into custody for the warrant, troopers detected the odor of burnt marijuana inside.

A separate search warrant was applied for and obtained for Wood’s residence.

During the search of the home and subsequent interviews, officers learned that Wood was dealing meth. Officers also found marijuana, syringes, and drug paraphernalia inside the home.

During the search of the separate garage and apartment, troopers found a small amount of meth and drug paraphernalia. They also located a marijuana grow operation including 15 marijuana plants which had been grown in the garage and were drying while being hung from the ceiling.

Police arrested Wood on charges of possession of meth (Over 5 grams, Less than 10 grams), a Level 5 felony and dealing meth, a Level 3 felony.

A case report has been submitted to the Lawrence County Prosecutor’s Office for review and more arrests and or charges are possible.