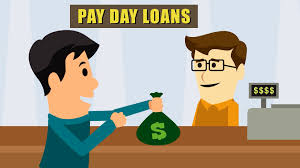 (UNDATED) – In 2002, the Indiana General Assembly granted payday lenders a carve-out from the state’s interest rate caps and criminal loansharking law, allowing them to charge up to 391 percent APR on small, short-term loans.

A new report co-authored by the Indiana Institute for Working Families and the Indiana Assets & Opportunity Network, titled Financial Drain: Payday Lenders Extract Millions from Hoosier Communities, reveals that predominantly out-of-state companies have used this exemption to drain over $300 million in finance charges from Hoosier households and communities over the past five years. County-level financial drain estimates are available in Appendix 4.

The report shows that payday lenders accrue these finance charges on loans that average approximately $350 and that are made to borrowers with a median income of just over $19,000 per year.

The report also shows that Indiana’s 262 payday loan storefronts are disproportionately located in low-income neighborhoods and communities of color, and 86 percent are licensed to out-of-state companies.

“This report confirms what we’ve anecdotally known about the payday industry for years. It drains resources from families who need it most – especially in targeted low-income areas and communities of color,” said Jessica Love, Executive Director of Prosperity Indiana. “These struggling families’ limited resources would be better served paying for critical basic needs and supporting local businesses.”

“Granting payday lenders a carve-out from our state interest rate caps and loansharking law has resulted in a significant transfer of wealth from Hoosier families and communities to predominantly out-of-state companies,” noted Jessica Fraser, Director of the Indiana Institute for Working Families.

The Glick Fund provided a grant to support the report development. “The Glick Fund is dedicated to supporting efforts toward self-sufficiency, alleviating human suffering, and helping those in need. To accomplish these ends, our community leaders must critically re-examine policies like payday lending,” said Marianne Glick, Chair, Glick Family Foundation. “We are eager for the findings from Financial Drain to spark new conversations and thinking about the best ways to promote financial well-being and thriving communities.”

Over the past four years, the Indiana General Assembly has considered dramatically different proposals related to this industry. Some proposals, backed by the industry, have sought to expand payday lenders’ carve-out, allowing them to offer larger, longer-term loans, also at triple-digit interest rates. A coalition of veterans groups, faith leaders, community groups, and social service agencies have proposed returning to the 36 percent interest rate cap Indiana had in place prior to the 2002 legislation. Neither bill passed during the last legislative session.