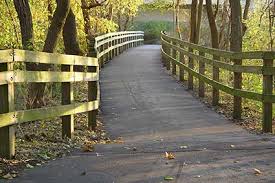 (LOGANSPORT) — Some planning work is starting on what could become a 90-mile-long (145-kilometer-long) recreational trail along a section of Indiana’s Wabash River.

The West Lafayette-based Wabash Heartland Innovation Network is providing a $35,000 grant to study the potential of such a trail running from the Logansport area, southwest through Lafayette to around Covington.

The (Logansport) Pharos-Tribune reports organizers are working with an Indianapolis engineering firm on initial plans, after which potential routes could be identified and opinions sought from area residents.

The Wabash Heartland group says the river trail could create an amenity improving regional connectivity and quality of life.

The nonprofit economic development group received a nearly $39 million Lilly Endowment grant in 2017 aimed at boosting a 10-county area around Lafayette into a hub for agricultural research and advanced manufacturing.