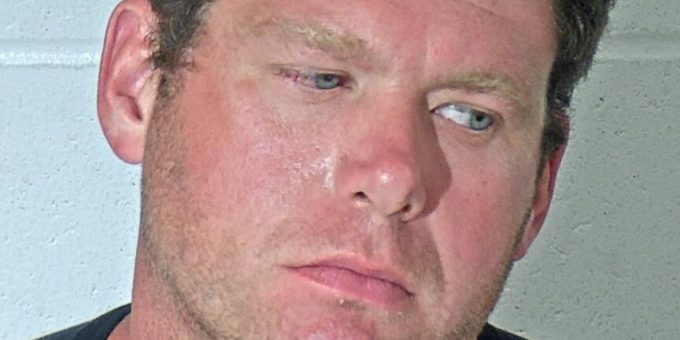 (BEDFORD) – A Mitchell man was arrested after a Bedford Police officer stopped his vehicle at 13th and L streets on Saturday afternoon.

The vehicle was stopped because the officer noticed the vehicle didn’t have a property license plate light.

“When the officer approached the door of the vehicle they could smell the odor of marijuana emitting from the vehicle,” says Bedford Police Chief Terry Moore. “The driver, James Carrico, showed signs of intoxication.”

Carrico agreed to perform field sobriety tests and after performing poorly he was transported to Bedford Police Department for a chemical test and eventually to the hospital for a voluntary blood draw.

Police arrested 36-year-old Carrico on charges of operating a vehicle while intoxicated, possession of marijuana, possession of drug paraphernalia. He was also cited for an improper tail or license plate light and disregarding a traffic control device.