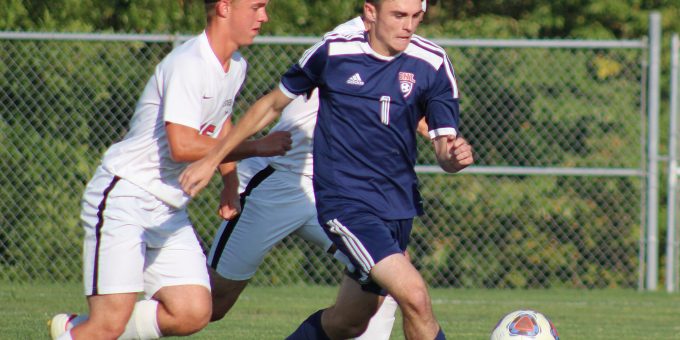 The Stars pinned down Edgewood (4-6) with ball possession and an avalanche of 23 shots on Monday afternoon, finally cracking through Edgewood’s defensive shell for a 3-0 triumph.

“We’re getting on a little win streak and it’s nice to see all the parts coming together,” Sherfick said. “I think we’re starting to put all the pieces together.”

If time of possession could be charted, the Stars were totally dominant, especially during a first-half beatdown with a 15-0 advantage in shots. Yet for all their work, the only ball to find the back of the net was Anderson’s goal at 12:43.

As the second half ticked away, the Stars fought frustration as insurance goals proved elusive. Anything can happen to erase a one-goal deficit. So the second – with Terrell taking a Cline pass with 15:56 left – was doubly important.

“Our movement was pretty good, especially in the first half,” BNL coach Logan Jackson said. “In the second half we got a little desperate, so the second goal was huge. That relieves a big weight. Once we got the second goal, it kind of broke and we were able to do a little more.”

Sherfick capped the scoring at 5:38, thumping his penalty kick into the lower right corner.

“The shots will come and the goals will come,” Sherfick said. “You just have to keep shooting. So those were very big goals because it calmed some of the guys down a little bit.”

“It was one of those weird ones, kind of ugly at times,” Jackson said. “We have to do better than 3 for 23. But they did the same thing to us last year, defensively they’re really strong. They packed it in and took away some options. So a win’s a win.”

The Stars will host Trinity Lutheran on Thursday.