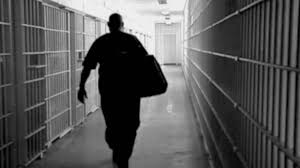 (INDIANAPOLIS) – CareSource, a nationally recognized nonprofit health plan has received Indiana state approval to pay up to $500 for the expungement of criminal records for returning citizens.

The expungement benefit will protect returning citizens’ privacy and allow them to take advantage of employment, education or other opportunities that might have previously been closed due to criminal records.-

The new benefit is part of CareSource’s Indiana Reentry Program, a pilot program with the Indiana Department of Corrections (IDOC). Among the first of its kind in the country, the program aims to connect with prisoners before their release and provide support after release for a seamless transition back to the community and to self-sufficiency.

As part of the reentry program’s case-management approach, CareSource criminal justice liaisons work with offenders while they are still in prison by conducting pre-release education classes and coordinating care and community services upon release. In 2018, the program provided pre-release education to nearly 700 offenders.

After release, a returning citizen receives a health needs screening by CareSource’s reentry team, Members may also engage with a Life Coach through the CareSource JobConnect program, who provides support for their education and employment goals.

Originally intended to be in two prisons, the reentry program is now in all 15 Indiana prisons due to the demand. The new expungement benefit will further assist returning citizens with their major life transition and benefit their health and overall well-being.

“This additional benefit will allow our members to focus on their future and, most importantly, all aspects of their health as they transition back into the community,” said Steve Smitherman, Indiana CareSource President.

CareSource plans to continue to extend the Reentry Program in 2019 to all 15 active IDOC correctional facilities, add to its cadre of 35 community partners and improve the process for offenders when applying for Medicaid.