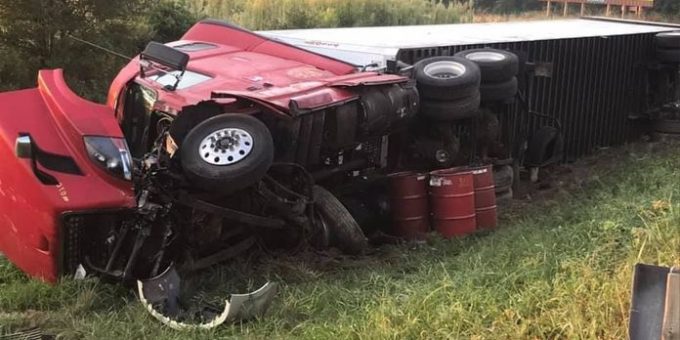 (SEYMOUR) – A Louisville, Kentucky truck driver was arrested after police said he crashed his semitrailer on Interstate 65 early Monday morning.

Indiana State Police arrested 56-year-old James Murphy on charges of operating a vehicle while intoxicated. He was also cited for open container and disregarding a traffic control device.

The crash shut down the interstate for about 8 hours.

ISP says Murphy’s 2009 Volvo semitrailer was the only vehicle involved in the crash reported at 4:30 a.m.

Murphy was traveling northbound just north of Seymour when his vehicle left the east side of the roadway and struck a guardrail before overturning.