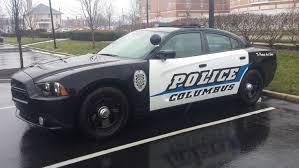 (COLUMBUS) – A Columbus couple is behind bars after police say they left an 11-month-old boy alone in a home filled with animal feces.

Police arrested the child’s mother, 28-year-old Sarah Coe and 38-year-old Bradley Longworth on a charge of child neglect. Both are being held on a $7,500 bond and are being held in the Bartholomew County Jail.

Neither were at the home when police arrived.

Officers arrived at a Columbus duplex in the 1700 block of Elm Street after a request for a welfare check on the child at 11:15 p.m. Sunday.

Officers immediately realized there was a problem before entering the home. When officers stepped on the porch they were overwhelmed by the odor of animal urine and feces, according to Columbus Police Lt. Matt Harris.

The outside of the home was littered with debris, but the inside was worse.

Police say there were items piled from the floor to the ceiling.

Police say Longworth returned to the home while police were there and denied his child had been left alone. Coe also arrived home a few minutes later and told police the baby was in the house.

Police found the boy alone in a bug-infested crib with dirty laundry and trash piled several feet high around it.

“The conditions inside that home were not suitable for animals, let alone adults or children or anybody,” says Harris.

Officials with the Department of Child Services was alerted.