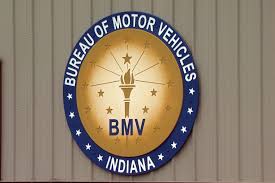 (INDIANAPOLIS) — Indiana’s attorney general is stalling a measure that would allow people to change their gender on driver’s licenses and IDs, according to the state’s Bureau of Motor Vehicles.

The bureau proposed a rule that would require either a birth certificate or a special state Department of Health form to change gender on licenses and IDs. It was slated to become effective in October.

In March, the BMV began offering Indiana residents who don’t identify as male or female the option of describing their gender as nonbinary on their driver’s licenses and state IDs. Those people must provide documentation that proves a permanent gender change, such as an amended birth certificate or a signed doctor’s statement.

Some conservative legislators took umbrage at the administrative change and tried to legislate that only amended birth certificates could be accepted, but the bill was shelved later that month.

The new stalled rule would require applicants to have the state health department, not the BMV, sign off on an individual’s attempt to be recognized on their driver’s license or state ID as anything other than their gender at birth.

“They have to have an MD or DO attest to the fact that they’ve undergone transition. They basically have had medical treatment in order to transition and that can be a whole gamut,” Box said. “To some people that’s counseling, and to some people that’s surgery. That’s between a physician and the patient to decide.”

Hill’s office said in a statement that he reviews proposed rules for form and legality.

“Any recommendation made by our office regarding such rules is based on those factors rather than specific subject matter,” the statement said. “The Office of the Attorney General is duty-bound and prepared to work with state agencies to ensure the requirements of the rulemaking statutes are followed.”

“What if a person floats between genders and may appear male one month or female another?” said Micah Clark, executive director of the American Family Association of Indiana. “I think their official ID should reveal their true biology from birth, not their mental beliefs.”

People can “appear as they choose” and live freely, but their “true biological identity from birth,” is necessary on a driver’s license to ensure its credibility, she said.