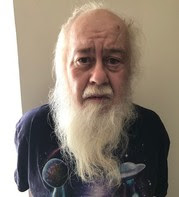 ISP Detective Chris Tucker launched an investigation in August after he was contacted by the Indiana Department of Child Services and learned of possible inappropriate or illegal conduct involving a minor.

As a result of the investigation, Detective Tucker requested an arrest warrant for 61-year-old Chester Leroy Fetz, of Palmyra, along with a search warrant for his residence.

After his arrest, Chester Fetz was transported and remanded into the custody of the Harrison County Jail without incident.

Indiana State Police investigators were assisted by the Indiana Department of Child Services and the Harrison County Sheriff’s Department.