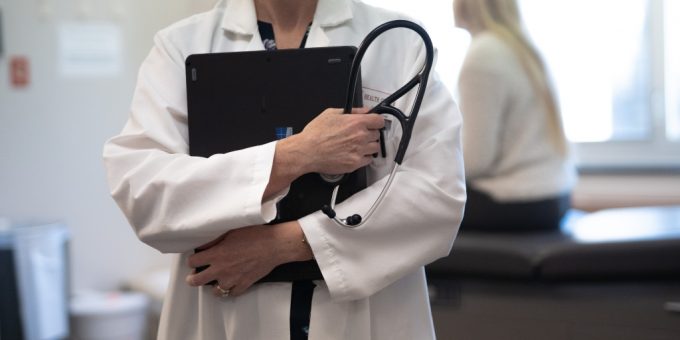 (BLOOMINGTON) – Indiana University Bloomington is consistently ranked among the most LGBTQ-friendlycampuses in the country, earning kudos from Campus Pride’s “Best of the Best” list and a spot on the College Consensus’ Top 25 LGBTQ Friendly Colleges in 2019.

Marah Yankey, of IU News Bloomington reports, now, a new care team at the IU Health Center will provide additional support for transgender and nonbinary students on campus. The Gender Affirming Care Team, which is a joint effort between Medical Services and Counseling and Psychological Services, as well as health and sexuality educators at the center, launched this semester.

In addition to continuing previously prescribed and already established hormone treatments, the IU Health Center will now also initiate gender-affirming hormones for students. According to Laura Knudson, a physician leading the team at the health center, much of the team’s focus has been on streamlining existing resources and removing barriers to treatment for transgender and nonbinary students.

The team has led initiatives to update its websites, patient forms, and questionnaires, and nondiscriminatory policy to be more inclusive, as well as transitioning bathrooms in the building to be gender-neutral.

“We are really trying to make the environment from start to finish more supportive,” Knudson said. “We don’t want transgender and nonbinary students to feel like they have to explain themselves every time they have a cold.”

Counselors Brad Stepp and Brandon Muncy are also leading gender-sensitivity training for all IU Health staff. Muncy said the goal is to make sure everyone has baseline knowledge of terminology regarding gender and how it relates to other parts of an individual’s identity. For example, gender identity and sexual orientation are not connected in any meaningful way.

“Our goal for the training is that this can be a place where someone who identifies as transgender, nonbinary or gender fluid can come to the health center and never have to worry ‘Am I going to get one of the good ones who understands?’,” Muncy said.

The team has also been collaborating with the LGBTQ+ Culture Center to ensure that services are meeting the needs of students. Center director Doug Bauder, who is a member of the Gender Affirming Care Team, said the Gender Warriors student group had compiled services and contacts for transgender and nonbinary students, which helped lay the groundwork for the team. A member of that student group also joined the care team.

Bauder said students who are transitioning or are interested in transition often don’t know where to start when it comes to health services, so they contact the LGBTQ+ Culture Center. He said the formation of the Gender Affirming Care Team will help remove some of the mystery for these students. Already this summer, he’s been able to point incoming students in the direction of the care team.

“Currently we are seeing more transgender students than other queer students seeking our emergency financial aid,” Bauder said. “Because IU has been identified for some time now as queer-friendly, it’s important that we provide these students with these medical resources.”

Knudson and Muncy agree that easy access to medical and counseling services on campus is crucial for transgender students during transformative college years. But they also hope that someday a transgender person could receive quality health care anywhere in the state.

“IU is such an agent of change for both our town and our state,” Knudson added. “It’s my hope that networks like this can spread to primary health care providers in Bloomington and across Indiana.”