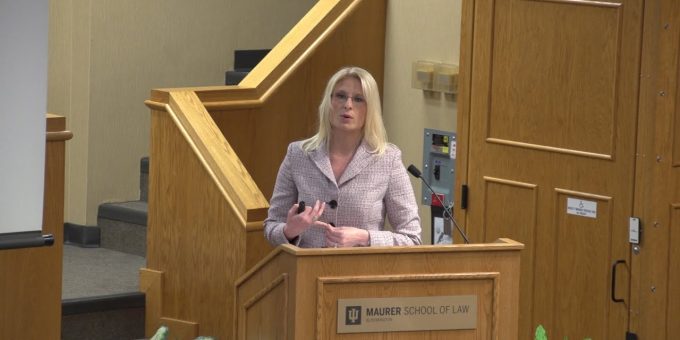 Courtney Curtis, a deputy prosecutor at Marion County and, most recently, Johnson County, was hired at the conclusion of IPAC’s three-month selection process in August. September 3 was her first official day on staff. Curtis will assume IPAC’s number two role with Naylor replacing current Executive Director Dave Powell, who is stepping down in October.

Curtis brings a wealth of leadership experience to IPAC having been a Division Chief in the Marion County Prosecutor’s Office. She has been a prosecutor since 2004 and has handled a litany of cases from misdemeanors to murder and rape cases. The majority of her career has been spent handling homicides as well as crimes against women and children and Curtis is passionate about protecting victims. While in Johnson County, Curtis was a member of the Special Victim’s Unit.

“I’m excited to announce that Courtney Curtis has joined the IPAC leadership team,” said Chris Naylor. “Courtney brings a tremendous combination of prosecutorial experience and passion for developing trial skills that will advance the efforts of Indiana’s prosecutors and their staff.”

As Assistant Executive Director, Curtis will take an active role in planning IPAC’s many training sessions and conferences. Curtis has been a valuable faculty member in the past for IPAC’s trial advocacy courses and has presented at training and conferences nationwide throughout the course of her career. IPAC hosts a summer and winter conference, three to five trial advocacy courses throughout the year as well as several other one-day training tailored to the needs of Indiana’s prosecutors.