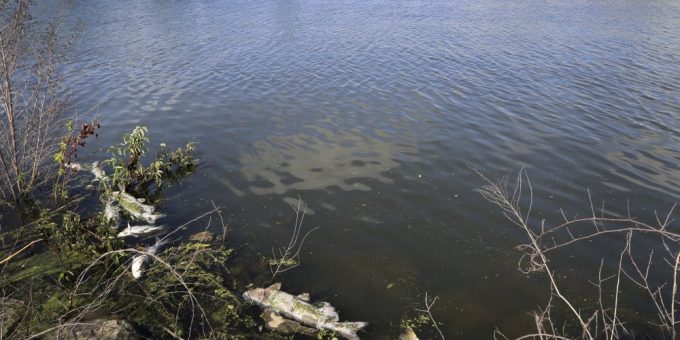 (PORTAGE) — Boating enthusiasts have been slow to return to the Lake Michigan shoreline in northwestern Indiana after a chemical spill killed thousands of fish and prompted the temporary closure of beaches.

ArcelorMittal issued an apology Aug. 16 for the cyanide and ammonia spill that occurred after its Burns Harbor mill had a failure at a blast furnace water recirculation system.

The spill killed roughly 3,000 fish, including panfish, shad, channel catfish, bass and walleye, and forced the closure of beaches in Portage and Ogden Dunes.

Portage Mayor John Cannon blamed the Indiana Department of Natural Resources for not alerting him for several days.

The National Park Service reopened the Portage Lakefront and Riverwalk beach areas at Indiana Dunes National Park on Aug. 22 after three consecutive days of positive tests, including two days with no detection of cyanide. But the people who often swim and fish nearby are still apparently worried about the spill’s impact, the Post-Tribune reported.

“I’m fishing 14 miles out (in Lake Michigan), obviously people are concerned. Of course I’m concerned. I’m pretty sure those fish are fine,” Melton said. “What if we are fishing right here? Are they not fine? Somebody’s got to tell me.”

On Aug. 23, August Barbara and Chris Ingbretson, of Crete, Illinois, were out on their boat at the public marina in Portage, almost 2 miles (3.2 kilometers) south of Lake Michigan. The pair noted there were fewer boaters out than normal.

“Since that episode, they don’t even have people launching here, really. It’s affected a lot of people,” Barbara said. “The fishermen are saying they need to replenish the fish that they killed.”