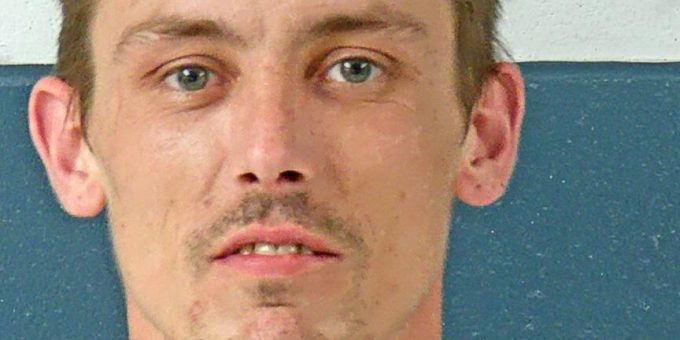 (BEDFORD) – A Williams man was arrested after Bedford Police officer went to a home in the 1000 block of 18th Street looking for a runaway juvenile, Monday night.

“When officers arrived at 7:36 p.m. a male matching the description of the runaway juvenile ran out the back door,” says Bedford Police Chief Terry Moore. “Officers advised the male to stop running and chased after him on foot for several blocks before losing sight of him.”

After several minutes of searching, officers located the male hiding in a fenced-in area located behind a business.

Officers identified the male as 31-year-old Dustin Weldon, not the runaway juvenile.

During a search of his pockets, officers found two syringes that later tested positive for meth and a smoking device.

Waldon was arrested on charges of public intoxication, two counts of resisting arrest, disorderly conduct, possession of meth, unlawful possession of a syringe, and possession of drug paraphernalia.