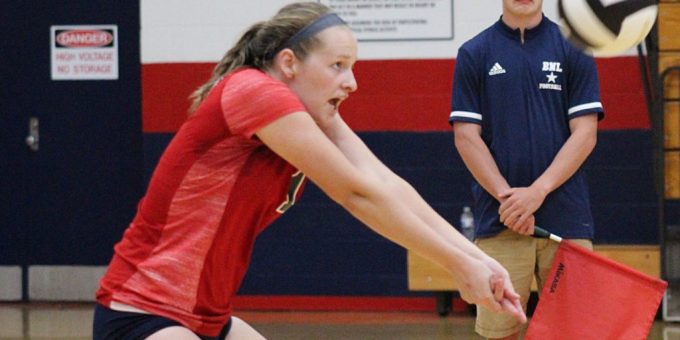 The Stars (0-4) lost leads in the final two sets as the Mustangs wrenched momentum away.

“I can’t be mad with progress,” BNL coach Jordan Robbins said. “Our biggest obstacle is between our ears. We had kids step up and make great plays. There were so many more glimmers of success.”

BNL rode Myla Bergman’s service run to a 20-15 lead in the opening set, and Merritt Callahan served out the final three points. After Edgewood won the next set (taking the lead with a 6-1 burst), the Stars had a 12-8 edge in Set 3 and an 18-14 lead in the final set.

“We just have to hold momentum and decide it’s our match and not hand it over to them,” Robbins said. “We served super aggressive and forced them out of their offense. I’m proud of our kids and the grit to keep improving. That’s all I can ask for.”