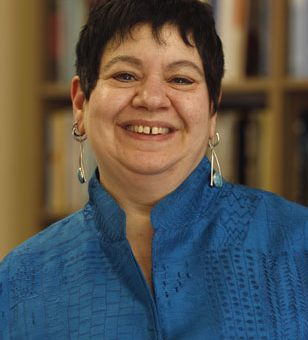 (BLOOMINGTON) – Diane Goldstein, professor of folklore in the College of Arts and Sciences’ Department of Folklore and Ethnomusicology, recently received the Linda Dégh Lifetime Achievement Award from the International Society for Contemporary Legend Research.

Goldstein joined IU in 2010 after teaching at Memorial University of Newfoundland, Canada, for 24 years, where she was awarded Memorial University’s highest-ranking research chair, University Research Professor. She served as chair of the Department of Folklore and Ethnomusicology at IU from 2012 to 2015. She teaches undergraduate courses on the supernatural and health and illness as well as graduate courses on belief, health, trauma, narrative, and applied folkloristics.

Goldstein was president of the International Society for Contemporary Legend Research from 2004 to 2007 and first vice president from 2002 to 2004. She has also served on the editorial board for the society’s journal, Contemporary Legend, since 2003. Outside of her work for the society, Goldstein has served as president of the American Folklore Society and on editorial boards for several other publications in the field of folkloristics.

Her co-authored book “Haunting Experiences: Ghosts in Contemporary Folklore” explores the supernatural legend and memorate within the context of present-day society. Other works that underscore her devotion to legend scholarship include editing special issues on Sept. 11th and the stigmatized vernacular.