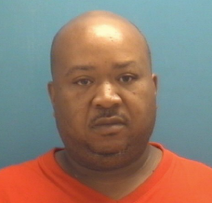 (EDINBURG) – Police arrested an Indianapolis man after he attempted to pass a counterfeit $50 bills in Bartholomew County.

Police say the deputy was told that a male attempted to pay for his order with a counterfeit $50 bill.

Police followed the alleged suspect, 44-year-old Antonio Cheatem, of Indianapolis, in the parking lot and headed to the Edinburgh Outlet Mall.

According to police, the man attempted to evade the deputy by hiding in the nearby landscape.

After a short foot pursuit and providing a false identity, police identified Cheatem.

Cheatem was taken to the Bartholomew County Jail and faces charges of resisting law enforcement, false informing and outstanding warrants from Johnson and Hendricks counties.