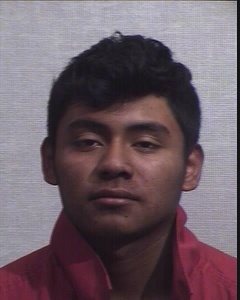 (SEYMOUR) – A Seymour man was arrested early Tuesday after police say he injured a woman and then barricaded himself inside his home.

Seymour Police officers arrested 23-year-old Sebastion Balterzar on charges of domestic battery in the presence of a child and resisting law enforcement.

Officers went to a mobile home in the 400 block of Parkland Avenue after a report of a domestic dispute and a man threatening to harm himself.

The woman told police she and others in the mobile home had locked themselves in a room to get away from Balterzar.

When police arrived, Balterzar refused to open the door to the home. Officers then heard him attempting to kick his way into the room where the others were hiding.

Police forced their way into the home and that is when Balterzar locked himself in a back bedroom. Officers then managed to get the others safely out of the mobile home.

The woman suffered lacerations to her face and neck during the physical altercation with Balterzar.

Officers then attempted to arrest Balterzar as he was attempting to escape out of a window. Officers used a stun gun to subdue him and placed him under arrest. Police say Balerzar was intoxicated during the incident.

Balerzar is being held in the Jackson County Jail in Brownstown without bond.