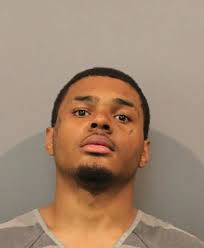 (HAMMOND) — A Chicago man who was involved in an Indiana shootout in which a federal agent was wounded and another suspect was killed has pleaded guilty to robbery.

The (Northwest Indiana) Times reports 20-year-old Blake King told U.S. District Court Judge Joseph S. VanBokkelenon on Wednesday that he participated in the June 7, 2018, robbery in Gary in which a Chicago-based U.S. Bureau of Alcohol, Tobacco, Firearms and Explosives agent was wounded.

A third man, Bernard Graham, of Calumet City, Illinois, is due to stand trial Nov. 4 on federal charges including assault on a federal officer. The suspect who was killed was 28-year-old Raymon Truitt, of Gary.

King is expected to serve a 10-year prison term under a deal with prosecutors. The judge accepted King’s guilty plea and set a Dec. 4 sentencing hearing.