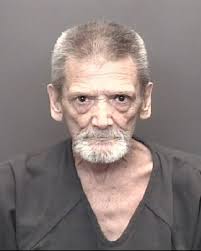 EVANSVILLE, Ind. (AP) — A southwestern Indiana man has been convicted in a January shooting inside a crowded Veterans of Foreign Wars post that wounded one person.

A jury found 71-year-old John Michael Burghardt of Evansville guilty Wednesday on six charges, including two counts of attempted murder. His sentencing is set for a Sept. 4.

The Evansville Courier & Press reports that Burghardt entered Evansville’s VFW Post 1114 on Jan. 13 as it was packed with people during the post’s weekly bingo game, intending to shoot a man he’d argued with minutes before.

Authorities say Burghardt opened fire with a handgun , wounding one man in the stomach before several other people subdued him.

Vanderburgh County Prosecutor Nick Hermann says “the events that night could have unfolded very differently” if not for those individuals’ courage.