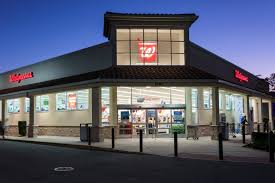 (UNDATED) – Pharmacy chain Walgreens plans to close 200 stores in the United States as it seeks to cut costs.

A Walgreens spokesman said the company does not plan to release the complete list of store closures and declined to share any more details about which locations will close.

The new store closures represent less than 3% of its 10,000 locations in the U.S., Walgreens said in a statement, adding that it anticipates “minimal disruption to customers and patients.” It said it anticipates retaining “the majority” of employees in other nearby locations.

The company said in a regulatory filing Tuesday the closings are part of its previously announced plan to trim costs by $1.5 billion in a few years. In May, the company announced plans to close 200 stores in the United Kingdom.

In June it reported a 24% decline in quarterly net income and predicted that annual earnings would be roughly flat with the prior year. Walgreens has been hit by challenges including reimbursement cuts and lower price increases for branded drugs.

“As previously announced, we are undertaking a transformational cost management program to accelerate the ongoing transformation of our business, enable investments in key areas and to become a more efficient enterprise,” the company said in a statement.

The announcement marks Walgreens’ largest round of closures since 2015, when it also closed 200 stores. Its parent company, which bought 1,932 Rite Aid locations in 2018, has since closed 631 of those stores and plans to shutter another 119.