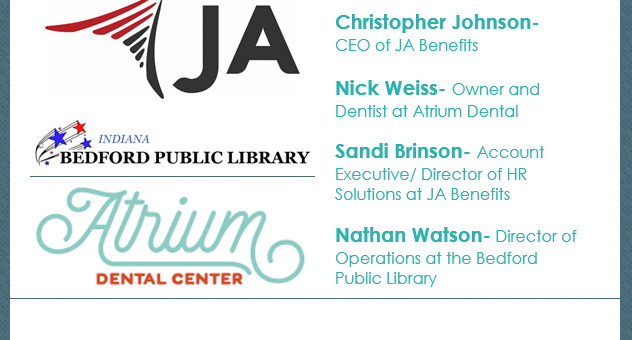 This year’s winners are a charismatic, passionate, hardworking, and giving group of individuals.

Nathan Watson- Director of Operations at the Bedford Public Library

They will receive their awards at the annual chamber dinner on Friday, August 23.

Nominees were scored on a rubric based on the aforementioned qualities.

Andrew McCart concluded his motivational speech by stating “everyone wants a piece of you.”  He cautioned the group to set boundaries to allow them to have self-time.