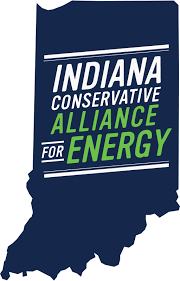 (INDIANAPOLIS) – The Indiana Conservative Alliance for Energy (ICAE) today announced the results of a new statewide poll that showed strong conservative support for renewable energy development in the state, as well as overwhelming support for letting “markets and costs” rather than the government chose our state’s energy mix.

“Conservatives support renewable energy because it is clean and cheap,” said Jared Noblitt, ICAE Executive Director.  “Market forces are causing the cost of renewable energy options like utility-scale wind and solar to plummet – today making them the least expensive energy source in most cases.  As the next level Indiana economy continues to boom, we can and should seize this exciting energy transition to leverage a competitive advantage over neighboring states, create jobs, and spark innovation and investment in Indiana.”

The poll results indicated that Indiana conservatives support solar development 71 percent to 24 percent and wind development by a margin of 57 percent to 38 percent.  Most importantly, the poll found that nearly six-in-ten (57 percent) Republicans are more likely to support a candidate for elected office who favors increasing the use of renewable energy.

Unsurprisingly, the poll found that Republicans want the marketplace – and not the government or ideology – to guide decisions about energy, even if it means the decline of legacy energy sources.  This is an interesting development following the legislature’s unsuccessful attempt to impose a moratorium on energy development that was widely believed to be aimed at protecting coal interests in the state.

According to the poll, an overwhelming 84 percent of Republicans believe that “markets and costs” should decide rather than the government incentivizing or supporting a particular form of energy compared to just 9 percent opposed.

The ICAE poll was conducted by Christine Matthews at Bellwether Research & Consulting and surveyed 500 Indiana Republican primary voters from June 25-27, 2019.  The margin of error of the poll is plus or minus 4%.  These results are consistent with a similar poll conducted in 2017.

“Our research continues to indicate that conventional wisdom is wrong when it comes to Republicans and renewable energy,” said Christine Matthews.  “Not only do they want to see more of it in the state as the lowest cost option, they want to support candidates for office that support it as well.”

For additional information about the Indiana Conservation Alliance for Energy, please visit www.IndianaConservativeAllianceforEnergy.com.