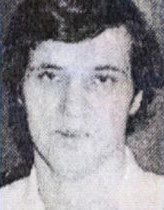 (MUNCIE) – An Indiana man who spent nearly 25 years in prison for a 1992 rape until DNA evidence helped free him alleges in a federal lawsuit that he was wrongfully convicted by authorities who fabricated evidence against him and took advantage of his severe mental health issues.

A Delaware County judge released 62-year-old William Barnhouse in March 2017 and threw out his convictions at the request of prosecutors and attorneys with the Innocence Project who cited DNA tests showing the rape victim had another man’s semen on her clothing and body.

Barnhouse was sentenced to 80 years in prison after being found guilty, but mentally ill, of rape and criminal deviate conduct in December 1992.

His lawsuit, filed in March in U.S. District Court in Indianapolis, names the city of Muncie, police officers and others as defendants. It alleges that Barnhouse was wrongfully convicted and “lost 25 years of his life unjustly imprisoned before he was exonerated through DNA evidence,” The Star Press reported.

It also contends that authorities took advantage of Barnhouse’s “severe mental health issues,” in part by fabricating evidence. The complaint alleges that an Indiana State Police crime lab employee made a false claim that a body hair recovered from the victim’s body was so similar to Barnhouse’s hair that it must be a match.

That lawsuit alleges that such hair analysis was fundamentally flawed and exceeded the limits of science.

The lawsuit, which seeks unspecified damages, also contends that Barnhouse was born with a chromosomal condition that left him unable to produce sperm and suggests that his arresting officers were “unduly suggestive and primed the victim to falsely identify Mr. Barnhouse” as her assailant.

Muncie’s police chief, Joe Winkle, said Tuesday that he was aware of the lawsuit but couldn’t comment on pending litigation. Winkle isn’t named as a defendant in the suit.

When Delaware County Prosecutor Eric Hoffman dismissed the charges against Barnhouse in May 2017, he said he would not re-try Barnhouse because his office wouldn’t be able to prove beyond a reasonable doubt that Barnhouse was guilty. However, he said Tuesday that this decision didn’t mean his office believed Barnhouse wasn’t involved in the crime.

Attorneys for the city of Muncie and the police defendants filed a motion Monday in a Delaware County court asking local authorities to “protect and preserve all items of potential evidentiary value to this lawsuit.”