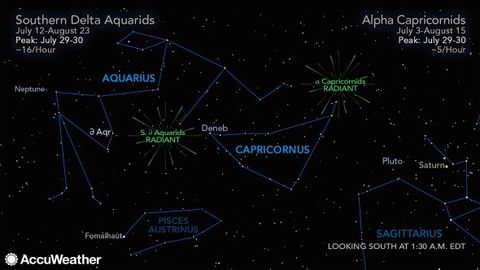 (UNDATED) – Not one, but two meteor showers will peak tonight into the early morning hours of Tuesday.

The southern Delta Aquarids and the Alpha Capricornids. This will be the first time since the Eta Aquarids in early May that meteors have rained down from the heavens.

A combination of 20 to 25 meteors will be visible per hour as long as the clouds don’t interfere with viewing conditions, according to AccuWeather.

The best time to look at the sky is after midnight.