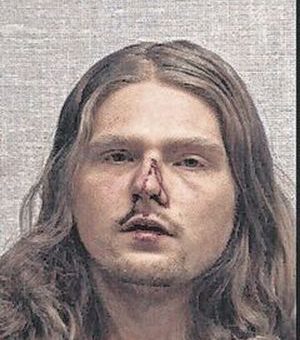 (CROTHERSVILLE) – A teenager is being held in the Jackson County Jail after police said he stabbed his sister’s boyfriend twice in the back when an argument escalated to violence.

According to Jackson County Sheriff’s Department officials, police responded to a stabbing at 10:45 p.m. Thursday at a home in the 8400 block South County Road 850 East in Jackson County

When they arrived, officers were told a woman had taken her boyfriend, who had been stabbed, to Scott Memorial Health in Scottsburg. That man was later airlifted to the University of Louisville Hospital but has since been released.

Police say the argument leading to the stabbing began over text messages sent from the victim to Couch’s mother.

During that argument, Couch pulled a hunting-style knife and stabbed the man twice in the back. Witnesses eventually separated the two men.

Couch was booked into the Jackson County Jail in Brownstown at 1:04 a.m. Friday and was being held without bond pending his initial court appearance.