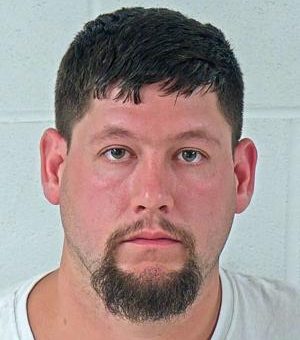 (MITCHELL) – A Mitchell man was arrested on domestic battery charges on Thursday after a woman went to St. Vincent Dunn Hospital for treatment of her injuries.

Police began their investigation after being alerted by hospital staff that the woman was in their emergency room being treated for injuries to her wrist, hands, and neck.

According to a Lawrence Superior Court I probable cause affidavit, the woman told police she had left work 20 minutes late, which caused Smith to get angry and become verbally abusive.

That evening, she told police the couple had plans to have dinner at her parent’s house. When the argument continued, she planned to leave home with the kids to attend that dinner. Smith stopped her by grabbing her and choking her multiple times. The woman says at one point Smith was holding her by the hair and by her neck.

Smith also broke her cell phone, preventing her from calling the police.

Eventually, the woman said that everyone, including Smith, went to her parent’s house for dinner, saying she was not going to leave home without him.

While at her parent’s house, Smith left and her brother took her to the hospital for treatment.

Smith posted a $755 cash bond Friday and was released from jail.