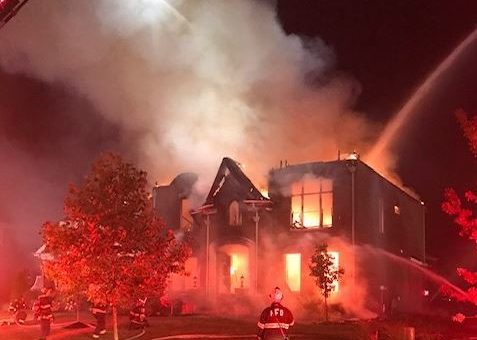 (FISHERS) – A family from Fishers is safe, but their house is destroyed after an early morning fire.

The Fishers Fire Department says it happened on Shady Knoll Drive around 2:30 on Wednesday morning. When they arrived, the large house was completely in flames, threatening nearby homes.

All five members of the family were able to get out safely without injury. Firefighters say the family’s working smoke alarms helped.

Investigators are still trying to figure out what caused the fire. The Fishers Fire Department says the house and everything inside is a complete loss.