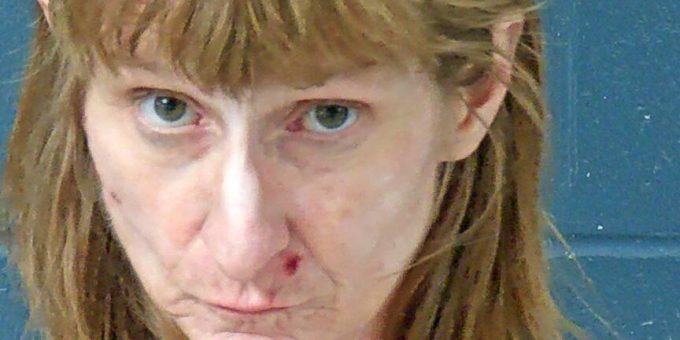 Officers stopped her vehicle for having no license plate light and making unsafe lane movement early this morning.

While officers were speaking to 53-year-old Darlene Arnold, of Springville, they were alerted Arnold was driving on a suspended driver’s license.

“She tried to conceal a white pill,” says Chief Terry Moore. “When asked about it, she tried to destroy the pill by smashing it with her foot on the ground. While officers were trying to place her in handcuffs, she pulled away and had to be forcibly handcuffed.”

Arnold was arrested on charges of possession of a controlled substance, resisting arrests, operating a vehicle with a suspended driver’s license, obstruction of justice.