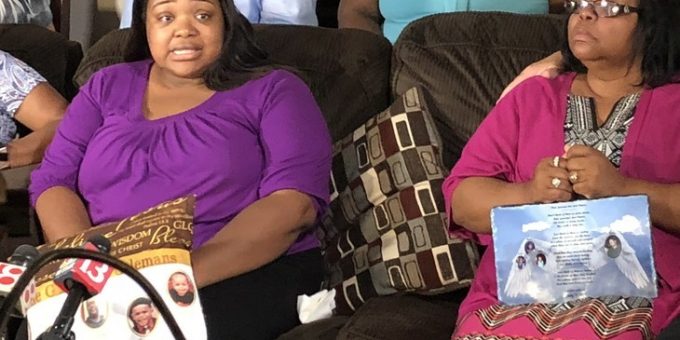 (INDIANAPOLIS) – “The crippling pain of loss continues every day.” That’s what Tia Coleman of Indianapolis said Tuesday ahead of the one-year anniversary of the Branson Duck-Boat Disaster that killed nine of her family members July 19, 2018.

Tia Coleman‘s husband, Glenn, sons Reece, 9, and Evan, 7 and 1-year-old daughter Arya were among the 17 people who died when the duck boats they were in sank in a storm on a lake in Branson, Missouri.

The Coleman family was there as part of an extended family vacation. Only Tia and her 13-year-old nephew survived. His mother, Angela Coleman and brother, Maxwell Coleman, 2, also died. The other family members killed were Belinda Coleman, 69, Ervin Coleman, 76, and Horace Coleman, 70.

She called it a time for reflection and remembrance and also called on Congress and the U.S. Coast Guard to ban duck boats.

This is a time for reflection and remembrance of my precious, loving family and all the victims of a devastating, preventable catastrophe. I draw hope and energy from their memory to fight to ban dangerous, death trap duck boats like the one that killed my family and the others. I am grateful for the efforts of prosecutors as they work to hold all those responsible for this crime accountable . And I am thankful to our Congressman Andre Carson for joining us in calling on Congress to stop duck-boat deaths in the water and on land.

I just learned from a media report that members of the Coast Guard met with the duck boat industry, their insurers and representatives of the Passenger Vessel Association, the trade group that has continually lobbied to keep dangerous death trap duck boats on our streets and in our lakes and rivers. However, the Coast Guard has not met with me and the other victims of this disaster to hear what we have to say and understand what we have lost. I am urging the Coast Guard to meet with me and other victims so we can discuss why we want these duck boats banned, so no other family will suffer the losses that we have.