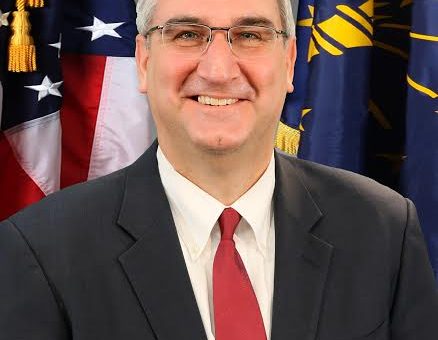 (KNIGHTSTOWN) – Governor Eric Holcomb will be making campaign stops in Hamilton, Shelby, Clark, Crawford, Vanderburgh and Vigo counties next week as he kicks-off his 2020 re-election campaign.

“Hoosiers throughout the state are invited to join Governor Holcomb for these stops.”

Governor Holcomb will be making stops in:

Republican Night at the Clark County Fair with Governor Holcomb

These stops follow Governor Holcomb’s major announcement earlier today that he is running for re-election as governor of Indiana, seeking another four years to put his people-first policies to work for Hoosiers.

Additional stops across the state will be announced in the coming months as the campaign continues.