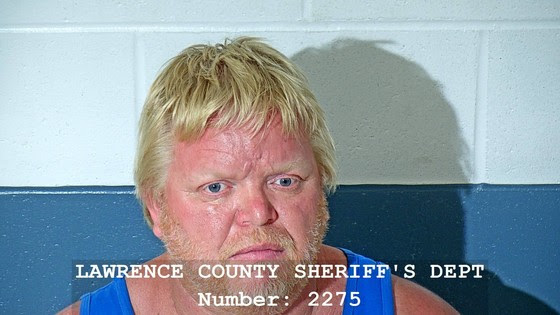 (BEDFORD) – In May of this year, the Lawrence County Sheriff’s Department and the Indiana State Police began an investigation into methamphetamine dealing taking place on Wesley Chapel Road.

The lengthy investigation involved traffic stops, surveillance and multiple controlled buys of methamphetamine, resulting in probable cause that was established for the arrest. On July 9, Officer Tillett, along with ISP DES detectives, Trp. Chris Griggs, Trp. Caleb Garvin and Sgt. Greg Day executed a search warrant at the Wesley Chapel Road residence.

Lemmons was located inside.

During the investigation, a total of just less than 10 grams of meth was seized from Lemmons. Once the search warrant was executed, Lemmons was placed under arrest and incarcerated at the Lawrence County Jail on charges of dealing meth, possession of meth and being a habitual offender.

Anyone with information regarding illegal drug activity is encouraged to contact the Indiana State Police Bloomington Post at (812) 332-4411.