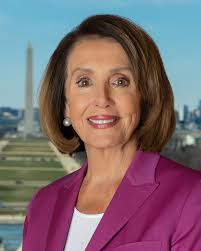 The announcement was made Sunday.

Pelosi, the first woman to be elected Speaker of the House, will speak Friday, July 19, 2019 at 7 p.m. during the General Session.

Pelosi will join Pete Buttigieg in speaking at the convention. Buttigieg will speak during the General Session on Thursday, July 18 at 7 p.m.

More than 1,000 people are expected to attend the convention that will be held at Union Station on July 17-20.