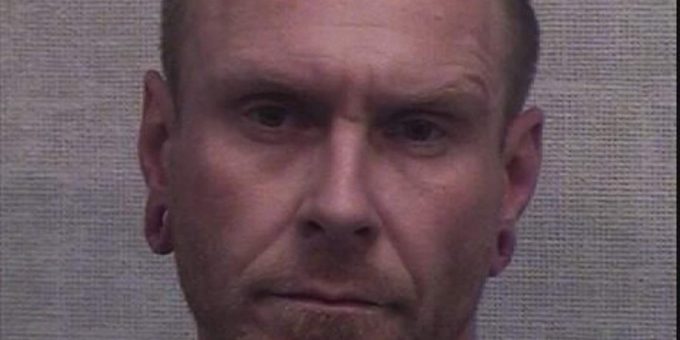 According to jail records, he was booked into the Jackson County Security Center at 5:52 a.m. on charges of burglary, theft, pointing a firearm, and Impersonating a public servant. He is currently being without bond.

Sheriff Rick Meyer will be providing more updates at a later time.

On Friday, morning Deputy JL McElfresh responded to the 4000 block North County Road 1250 West in Norman after a report of a burglary in progress.

The caller reported seeing a suspicious vehicle on his neighbor’s property and went to check it out. When approaching the vehicle a male subject came from the back of the home. The caller tried to keep the suspect from leaving until the police arrived, but the suspect pointed a handgun at the caller and left in the vehicle.

The caller followed the suspect’s vehicle a short distance when the suspect got out and ran. The vehicle was recovered by Deputy McElfresh and was found to have been stolen from Seymour. The suspect was not located after the incident.

Later, on Friday, a suspicious male who was believed to the same suspect was seen on a property in the area of County Road 1250 West, wearing what was described as a military uniform with a badge, gun, and cowboy-style hat.

The suspect identified himself to a citizen as a police officer and advised he had permission to be on the property. The suspect left the items of value, which were found by the property owner.

Officers identified this suspect as Travis M. Luedeman, 40, of Norman. He is 5’9″ brown hair and hazel eyes. Deputies are continuing to search for this individual.

Luedeman should be considered armed and dangerous. If you have any information to his whereabouts please contact the Jackson County Sheriff’s Department at 812-358-2141.