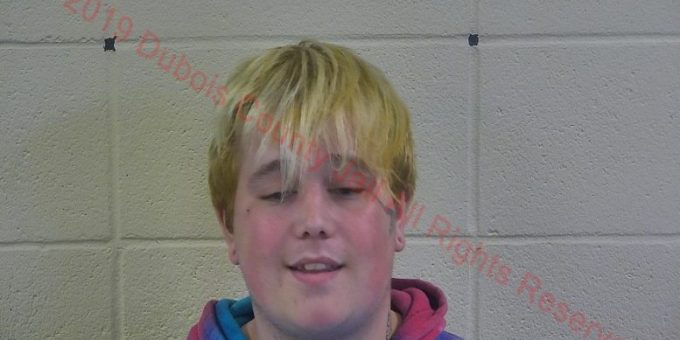 At approximately 8:16 p.m. police were called to the gas station after a report of an armed robbery.

The clerk told police a man wearing a mask and all black clothing entered the store armed with a pump shotgun and demanded money from the register.

The male then attempted to break into the clerk’s office door, but the clerk surrendered the cash drawer.

The suspect grabbed the cash and fled the scene before officers arrived.

Thomas was last seen wearing all black and a black Disney hoodie turned inside out.

At this time Collin is considered armed and dangerous.

If you have any information on his whereabouts call 911 or contact Detective Stivers with the Huntingburg Police Department at 812-482-4111.