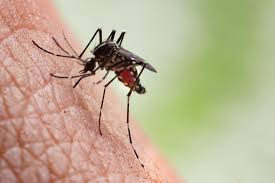 (INDIANAPOLIS) – State health officials have confirmed the presence of West Nile virus in mosquitoes in two counties and are urging Hoosiers to take steps to protect themselves from the insects and the diseases they can carry.

As of July 1, mosquitoes in Elkhart, Clark, and Hamilton counties have tested positive for West Nile virus. No human cases of West Nile virus disease have been detected so far in 2019; however, the Indiana State Department of Health (ISDH) expects to see increased West Nile activity throughout the state as the season progresses.

“Each year, we see people become ill as a result of mosquito bites,” said State Health Commissioner Kris Box, MD,FACOG. “When we find evidence of the virus in multiple counties, that means the risk is starting to increase statewide. It only takes one bite from an infected mosquito to cause a severe illness, so Hoosiers in every county should be taking precautions.”

Even a container as small as a bottle cap can become a mosquito breeding ground, so residents should take the following steps to eliminate potential breeding grounds:

West Nile virus can cause West Nile fever, a mild form of the illness, which can include fever, headache, body aches, swollen lymph glands or a rash. Some people will develop a more severe form of the disease affecting the nervous system, including inflammation in the brain and spinal cord, muscle paralysis or even death. People who think they may have West Nile virus should see their healthcare provider.