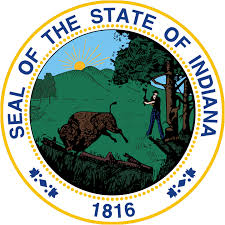 (INDIANAPOLIS ) – Attorney General Curtis Hill today asked Hoosiers to watch for car dealers posing as private sellers on Craigslist — and to alert the Office of the Attorney General if and when they come across such listings.

Craigslist.org allows a seller to post either as a dealer or as a private party under “by owner.” Consumers are then able to search either category according to their preferences. Dealers are prohibited by Craigslist from advertising under “by owner.” Dealers who post misleading ads by posing as private sellers often run afoul of Indiana’s Deceptive Consumer Sales Act.

Once reached on their cellphones, dealership employees often direct potential buyers to their commercial lots — hoping that once they have a consumer interested in a specific vehicle, the consumer will be agreeable to purchasing the vehicle from the dealer regardless of the consumer’s original intentions.

The Office of the Attorney General is currently investigating multiple dealers who have engaged in such behavior. These dealers are typically trying to reach an audience of car buyers who want to avoid interactions with dealers. Such consumers typically do not wish to pay dealer fees or subject themselves to aggressive sales tactics.

Anyone who believes they have encountered these kinds of deceptive ads on Craigslist or elsewhere is encouraged to file a consumer complaint with the Office of the Attorney General at indianaconsumer.com or by calling 1-800-382-5516.