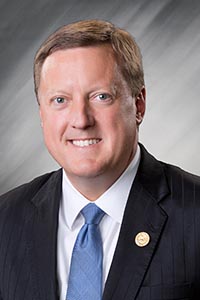 House Enrolled Act 1192 allows garnishment of the pension of a public official convicted of stealing public funds.  Previously, an offender could not be required to use the funds in their pension to pay restitution.

“This is a common-sense solution to the problem of collecting restitution from those who violate the public trust,” Koch said. “Taxpayers deserve to be reimbursed as quickly as possible and laws protecting pensions from creditors should not serve as a shield from accountability to the public.”

HEA 1192 was officially signed by the governor May 2, 2019 and went into effect upon passage. For more information on HEA 1192, click here.