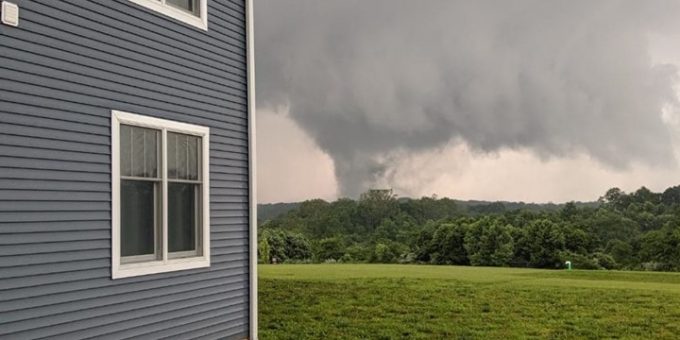 (MONROE CO.) – Staff from the National Weather Service in Indianapolis will be visiting areas hit with severe weather after strong storms swept through the area on Saturday.

Crews will work to survey damage and determine if a tornado was active and how strong it was in each area hit.

The National Weather Service confirmed that the tornado touched down in the area of Bean Blossom Township and traveled northeast to Washington Township. The Monroe County Sheriff’s Office reported damage was confirmed at more than 30 homes. Two home were destroyed, seven had major damage, with the remaining reporting various degrees of lesser damage.

Two other tornado touchdowns were confirmed in the Spencer/Freedom area around 6:45-6:50 p.m.

As of Sunday morning, the National Weather Service preliminarily confirmed a tornado touched down in Beech Grove near Indianapolis. That tornado was given an EF-1 rating. According to NWS, the storm had a width of 200 yards with winds up to 100 mph.

Damage has been reported in several areas of the Wabash Valley including Marshall, Illinois and Sullivan, Greene and Owen counties in Indiana. Power has also been knocked out in several locations.

Surveyors will make their way to places a tornado may have touched down throughout the day.

Initial reports of storm damage Saturday include power lines down in various places in the Freedom-Spencer-Ellettsville-Stinesville region.

Damage to trees and a few structures has also been reported. Flash flooding is an additional concern for the region.