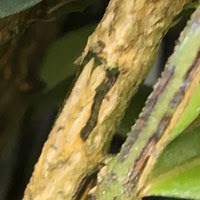 (UNDATED) – The Department of Natural Resources (DNR) has been made aware of a shipment of boxwood plants at Home Depot stores that contain the boxwood blight fungus. They have originated from a nursery named Cottage Gardens in Ohio.

Boxwood blight (Calonectria pseudonaviculata) is a fungal disease that infests members of the popular Buxaceae family, and is often transported through the nursery trade.

Hosts include Buxus (boxwood), Pachysandra (Japanese spurge) and Sarcococca (sweetbox). Annual inspections of nursery stock by the DNR verify that this pathogen is not indigenous to Indiana, nor can it be found in nursery stock that is sourced locally.

When the fungus, which can lay dormant in drier conditions, is present, it can be found on all above-ground portions of the plant and presents itself as dark leaf spots.

It causes rapid defoliation, which typically starts on the bottom of the plant and moves toward the top.

This fungal pathogen can move through sporulation in water and from dropped leaves. As a result, the infection can spread to surrounding plants from a single infected plant.

The infected nursery stock is currently being pulled from shelves in 13 Home Depot stores by nursery inspectors and Cottage Garden representatives and will be disposed of in a manner that will prevent the pathogen from spreading to other stock.

There are several varieties of boxwood sold in Home Depot stores. The only species that is currently testing positive for the fungus is Korean boxwood (Buxus Koreana), however, the DNR is testing other species to ensure the pathogen has not spread.

If you have purchased a Korean boxwood from a Home Depot store in the last month please contact the DNR for further guidance at 866-NO EXOTIC.