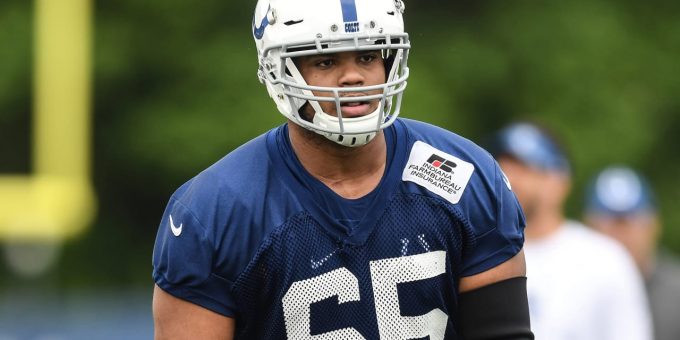 (INDIANAPOLIS, IN) – The Colts are in the middle of their final week of OTA workouts and they had a very busy Tuesday.

On the field, seventh-round center Javon Patterson suffered a torn ACL and will miss his entire rookie season.

The Colts also signed punter Rigoberto Sanchez to a four-year extension, keeping him under contract through 2023.

The Colts will be without quarterback Andrew Luck once again as he continues to be sidelined by a calf injury. Luck has missed the last two weeks of OTAs but head coach Frank Reich continues to say they are being “purely precautionary” with injuries to anyone and everyone at this point in the calendar.