(BLOOMINGTON) – Jill Lees was officially sworn in as chief of police of the Indiana University Police Department Thursday evening at a ceremony in the University Club of the Indiana Memorial Union in Bloomington. 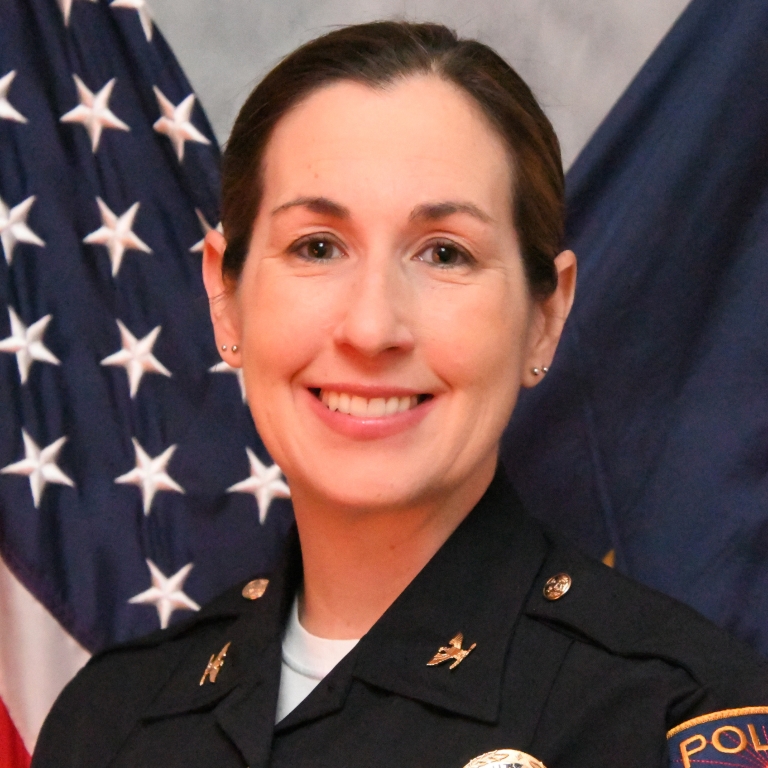 Lees succeeds Chief Laury Flint, who is taking on universitywide IUPD responsibilities involving community engagement and risk assessment, a critical component of campus safety.
Lees will lead the department with 45 full-time sworn officers who protect IU’s flagship campus — which has a daytime population of almost 53,000 — 24 hours a day, seven days a week.
Lees graduated from the IU Police Academy in 1994 and began her career at the Plainfield Police Department just a week after graduating from IU. Throughout her years in Plainfield, she worked in almost every area of the department, most recently as deputy chief of support, which includes the support services and criminal investigations branches. She has been deeply involved in her own leadership development as well as accreditation efforts at the department and at other police departments, where she conducted assessments for the Commission on Accreditation for Law Enforcement Agencies.
“I am humbled and honored to have been selected as the police chief of IUPD’s Bloomington division,” Lees said. “I started my law enforcement career here as a cadet officer and am so excited to be able to come back to serve where I began. My years in law enforcement have helped prepare me for the next chapter, and I am looking forward to this amazing opportunity.”