(UNDATED) – There are now 100 certified problem-solving courts in Indiana.

Problem-solving courts include drug, reentry, mental health, veterans, family recovery, and domestic violence specialized courts. The certified courts seek to promote outcomes that benefit the litigants and their families, victims, and society.
Lawrence County has three of those courts.
They are:

Greene County is in the planning stages of developing an Adult Drug Court with Superior Court Judge Dean Martin presiding.
Jackson County has an Adult Drug Court with Circuit Court Judge Richard W. Poynter presiding.
Washington County has a Veterans Court with Circuit Court Judge Larry Medlock and Judge Joseph Claypool presiding.
A complete listing of problem-solving courts can be found here.
On Thursday, Judge Sleva says six people will graduate during the 26th Problem Solving Drug Court graduation ceremony. The graduation is open to the public and will be held in Superior Court II at 8 a.m.

Judge William Sleva
“Currently we have 27 active participants in the program,” Judge Sleva says “Our mission and goal continue to be to promote public safety and assist the participants in reclaiming clean and sober livers as productive members of the community.”
Judge Sleva says the graduates have worked hard during their time in the Problem Solving Court to turn their lives around.
“They have established employment, assumed family responsibilities and actively participated in recovery programs. They continue to display an attitude that makes them successful role models for other participants and members of the community,” Judge Sleva added.
The Lawrence County Juvenile Problem Solving Court is a program under the auspices of the Lawrence Circuit Court, Juvenile Division and is the most intensive and most structured of the rehabilitative services available to juvenile offenders in Lawrence County without the Court removing the child from the community, says Judge McCord.

Referee Nathan Nikirk
The court proceedings are confidential. The juvenile court has three core principals – honesty, respect, and hard work. The program has three phases, each lasting between 2 to 8 months depending on the circumstances and the youth’s progress.
Once the juvenile completes the program, they are taken off probation, and their criminal record is expunged. Not only does the child have to meet the requirements of the court, but so do the parents. They must participate in the court’s orders which could include individual and family counseling and routine drug testing.
The Lawrence Superior Court 1 Domestic Violence Problem Solving Court currently has 13 participants. The next graduation is set for June 25, 2019. 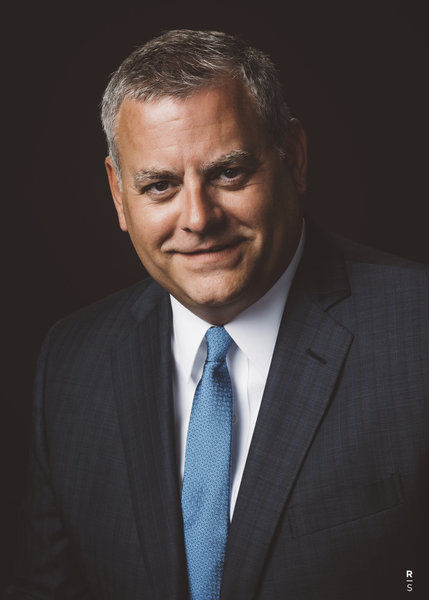 Judge John Plummer III
The mission of the first Problem Solving Court for Domestic Violence in the state is to focus on ending the cycle of domestic violence through timely, focused and collaborative response.
“The goal of the court is to open the door on domestic violence and put some light on the problem and end the cycle,” says Judge Plummer. “I have seen the lives of these participants change.”
Lawrence County established the Problem Solving Court for domestic violence in August 2015 under the direction of former Judge Michael Robbins.
Indiana reached 100 problem-solving courts with the certification of a veterans treatment court in Pulaski County. Judge Crystal Kocher is proud to have their certification bring Indiana to the notable mark.

Pulaski County Judge Crystal Kocher
She explained, “This process has been a team effort with our supportive prosecutors, public defenders, law enforcement, community members, judges, and others from the 99 problem-solving courts already certified. We received grant funding, training opportunities, and encouragement to bring a veteran’s treatment court to our county. It highlights the need and possibilities for rural communities around the state to provide comprehensive services.”
The addition of the Pulaski veteran’s treatment court also brought the total number of Indiana counties served by a problem-solving court to 50. Several more are in the planning stages.