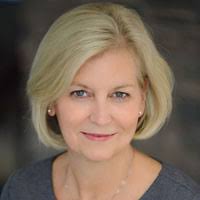 Kristina Box, M.D., FACOG, has worked as an obstetrician/gynecologist for more than 30 years. She has served as the Indiana State Health Commissioner since October 2017. 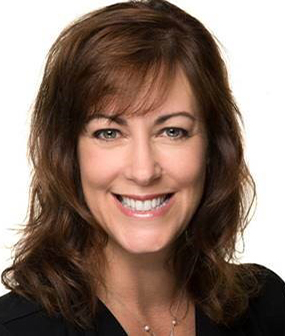 Jennifer Walthall, M.D., MPH, is a pediatric emergency medicine physician and former deputy state health commissioner. She has served as Secretary of the Indiana Family and Social Services Administration since January 2017.
The following is their views on the subject:
First birthdays should be a time of celebration, but, sadly, Indiana’s infant mortality rate has claimed more than 3,000 lives in the past five years. Losing this many Hoosiers before their first birthday is simply unacceptable. That’s why Governor Eric Holcomb made reducing Indiana’s infant mortality rate to the lowest in the Midwest by 2024 a top priority of his administration.
Achieving this goal requires an all-hands-on-deck approach. Indiana has the highest infant mortality rate in the Midwest and the seventh-highest nationally. Recent data show the rate dropped from 7.5 per 1,000 live births to 7.3, but the rate of black infant deaths increased significantly. These data points underscore the importance of deploying effective programming and investing the right resources in our highest-risk communities.
Governor Holcomb’s Next Level agenda includes creating and funding an OB Navigator program and requiring universal verbal screening for substance use disorder in pregnant women. The goals of these programs, which are outlined in House Bill 1007, are simple: to improve health outcomes for mother and baby.
OB Navigators are community-based healthcare workers who are paired with high-risk pregnant patients to provide education about factors associated with infant mortality, such as smoking, breastfeeding, safe sleep, and diabetes. Navigators come alongside pregnant women to support their pregnancy and remove barriers to prenatal and sustained healthcare. This program would be a partnership between the Indiana State Department of Health and the Family and Social Services Administration, which administers Medicaid.
The universal verbal screening measure builds on a pilot program overseen by the Indiana State Department of Health. Nearly one-third of Indiana’s hospitals that offer delivery services have participated in this pilot program to evaluate the effects of babies born exposed to drugs. Pilot program results include new guidelines to address substance use disorder with pregnant women, neonatal abstinence syndrome in newborns and follow-up protocol for mothers and their babies. But we must do more with the information we have following the pilot program.
The universal verbal screening opportunity allows providers to identify women struggling with substance use disorder and to connect them with appropriate treatment. To continue attacking the drug epidemic and reducing our infant mortality rate, we must maximize this touchpoint with pregnant women. We are grateful for the unanimous support both initiatives received from the Indiana House of Representatives and look forward to sharing more about the proposed legislation with the Indiana Senate in the coming weeks.
While current numbers are daunting, we share Governor Holcomb’s commitment to righting the ship. With the resources, the state is committing and the increased collaboration with local, state and federal partners, we are confident that Indiana will meet the governor’s goal of being the best state in the Midwest for infant mortality by 2024. More importantly, more Hoosier families will celebrate the pure joy of a baby’s first birthday.