(HYMERA) – A man is behind bars after Sullivan County Sheriff’s Department received a 911 call from a woman saying her boyfriend had pointed a handgun at her and fired it at a home near County Roads 725 East and 750 North. 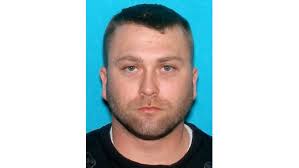 The woman had told police 29-year-old Joey Edmonson was inside the home. Police broke down the door but Edmonson had fled.
They later found him in Greene County.
Police arrested Edmonson, on charges of strangulation, battery resulting in bodily injury, stalking where he threatened sexual battery, serious injury or death and violation of a protective order. He was also arrested on two Greene County warrants.