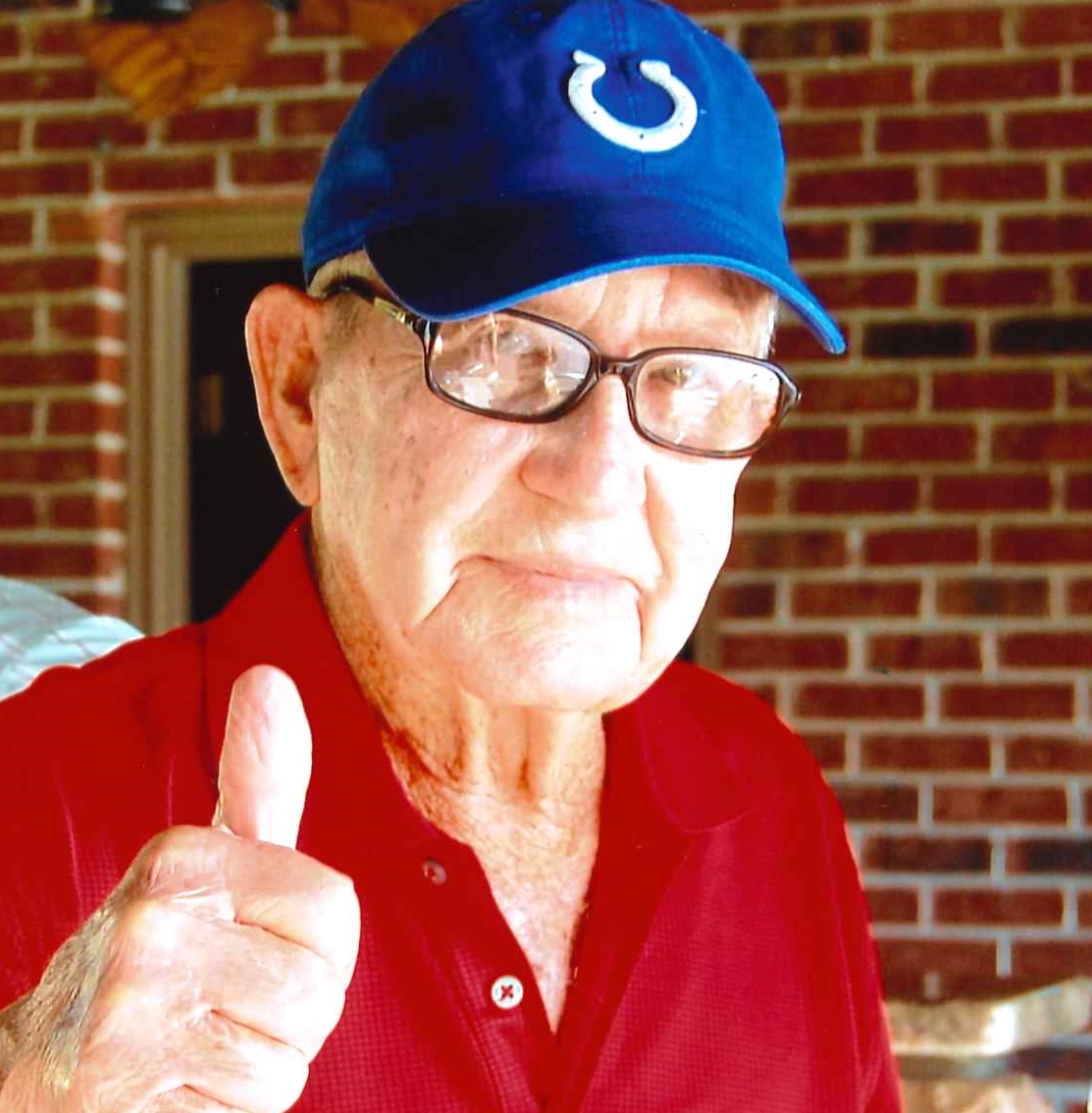 November 3, 1930 – February 14, 2019
Ward L. Brafford, 88, of Bloomington, died at 9:41 am on Thursday, February 14, 2019, at his residence.
Born November 3, 1930, in Oolitic, IN, he was the son of William and Etta (Blake) Brafford. He married Freeda
Bridges on June 17, 1950, and she survives. He was a teacher for thirty-two years in Miami, FL and in the North
Lawrence School Systems. He was a veteran of the Korean War serving with the U.S. Marine Corps.
Survivors include his wife, Freeda, of Bloomington; a daughter, Peggy Lee Padron and husband, Javier, of Ft. Lauderdale, FL; a son, Micky L. Brafford and wife, Lisa, of Bloomington; grandchildren, Tracee Colwell and Ricky Lee, both of FL, Hunter Brafford, and Sydnee Brafford, both of Bloomington; three great-grandchildren, Nathan Colwell, Trevor Colwell, and Dakota Lee; a sister, Donna F. Terry, of TX. He was preceded in death by his parents, a brother, Delmar Brafford; a sister, Mary Oliver.
Funeral services will be conducted at 2 p.m. on Monday, February 18th in the Elmwood Chapel of the Day & Carter Mortuary with Cameron Anderson officiating. Burial will follow in Cresthaven Memory Gardens where military rites will be accorded by members of The American Legion Gillen Post 33. Visitation will be from Noon until the hour of service on Monday at the Day & Carter Mortuary.
The family asks that friends consider memorial contributions be made to the Parkinson’s Foundation.
Family and friends may express condolences at www.daycarter.com.
Donald Harold Cottengaim – Mitchell
November 25, 1938 – February 14, 2019
Donald Harold Cottengaim, 80, passed away Thursday, February 14, 2019, at Indiana University Health Bedford Hospital.
Born November 25, 1938, in Orangeville, he was the son of Jasper and Agnew (Bex) Cottengaim. He married Sandra Sue Barker on March 21, 1970.
Donald attended Mitchell Public Schools and worked at the Mitchell Jay-C Store before enlisting in the U. S. Air Force. He served in Vietnam and various places during his 36-year tour of duty. He retired with the rank of Master Sergeant. He was a member of the National Rifle Association. Donald entertained as Santa Claus several years at Mitchell Manor.
Survivors include his wife, Sandra Cottengaim of Mitchell; brothers, Menlo (Irene) Cotttengaim of Mitchell, Ermal Dean (Annette) Cottengaim of Mitchell; special niece, Jackie Cottengaim of Orleans, nieces and nephews
His parents; brothers, Glen Cottengaim and David Cottengaim; and half-sister, Flossie Dyer, preceded him in death.
Funeral service will be at 2:30 p.m. Tuesday, February 19, in the Memorial Chapel of Chastain Funeral Home & Cremation Center with Brother Jim Russell officiating. Burial will be in Mitchell Cemetery with military honors accorded by American Legion Post No. 250 and Veterans of Foreign Wars Post No. 9107. Friends may call from 12 p.m. until the service on Tuesday at the funeral home.
Condolences may be sent to the family at www.chastainfuneralhome.com
Marilyn Jean Conrad – Richmond, Virginia

Jean was a leading real estate agent at the former Bass & Weisberg agency and later President of Southern Indiana
Board of Realtors. She was a great trivia buff, always astounding family and friends with her extensive knowledge of all things trivia.  She was a voracious reader, crossword puzzle worker, and Indiana University sports fan.

A private burial service will be Saturday, February 16, 2019, at Mount Pleasant Baptist Church in Silverville, Indiana.
Arrangements are under the direction of the Day & Carter Mortuary.
Larry “Pikey” McPike – Bedford
July 28, 1948 – February 11, 2019
Larry “Pikey” McPike, 70, of Bedford, died at 10:49 pm on Monday, February 11, 2019, at Methodist Hospital in Indianapolis.
Born July 28, 1948, in Bedford, he was the son of Kenneth and Vera “Jayne” (Owen) McPike. He formerly worked at
the Ford plant in Bedford.
Survivors include two daughters; four grandchildren; one brother, John McPike, of Bedford. He was preceded in
death by his parents, his grandparents, and a brother, Danny McPike.
Arrangements are pending at Day & Carter Mortuary
Dale Nodine – Mitchell 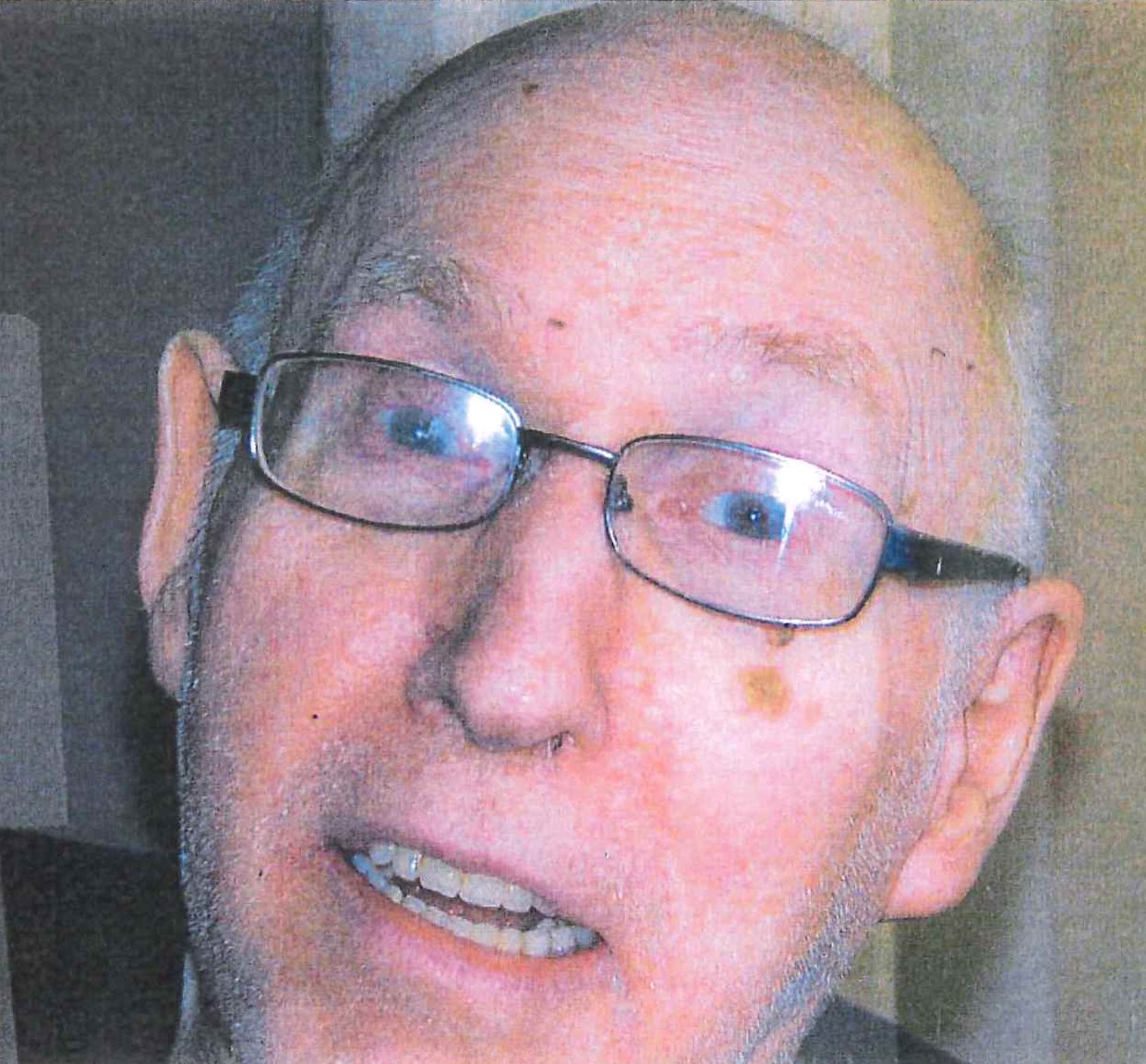 October 10, 1935 – February 13, 2018
Dale Nodine, 83, of Mitchell, died at 11:15 a.m. on Wednesday, February 13, 2019, at Mitchell Manor.
Born October 10, 1935, in Garrett, IN, he was the son of Charles R. and Hazel M (Daniels) Nodine. He was an avid
Elvis fan. He was the last of his family.
The staff of Mitchell Manor and his guardianship volunteer, Carly Dixon was his adoptive family.
He was preceded in death by his parents, brothers, Forrest and Frank and a sister, Violet.
A celebration of life will be conducted at 3 p.m. on Tuesday, February 19th in the atrium at Mitchell Manor. Burial was in Green Hill Cemetery.
Arrangements are under the direction of the Day & Carter Mortuary.
William Ronald “Ronnie” Williams – Mitchell
March 31, 1938 – February 13, 2019
William Ronald “Ronnie” Williams, 80, of Mitchell, passed away Wednesday, February 13, 2019, at his residence.
Born March 31, 1938, in Lawrence County, he was the son of William E. and Ellen (Walker) Williams. He married Donna J. Kenney on October 1, 1960.
Ronnie was a general contractor and for twenty years operated Williams Wares and U-Haul. He graduated from Mitchell High School in 1957 and was a member of the Seventh-day Adventist Church.
Survivors include his wife, Donna Williams of Mitchell; children, Mary Ellen Williams of Bedford, Laura Hackney of Bedford, Norma Jean (Carl) Lawrence of Bloomington, Rhonda (Richard) Byrd of Mitchell; 10 grandchildren; 5 great-grandchildren; siblings, Barbara Eckensberger of Mitchell, David (Sharon) Williams of Mitchell, Steve (Lana) Williams of Mitchell, Dennis Williams of Bloomington, Gary Williams of Terre Haute
His parents; son, William Robert Williams; and grandson, Ty Kellams; preceded him in death.
Funeral service will be at 1 p.m. Monday, February 19, in the Memorial Chapel of Chastain Funeral Home & Cremation Center with Pastor Melvin Dale Matthews officiating. Private burial will be on Tuesday in Mitchell Cemetery. The family will receive friends from 3 p.m. until 6 p.m. Sunday and from noon until the service on Monday at the funeral home.
Condolences may be sent to the family at www.chastainfuneralhome.com