(BEDFORD) — A Bedford man was arrested for dealing marijuana after he brought a stray dog to the Lawrence County Sheriff’s Department Tuesday. 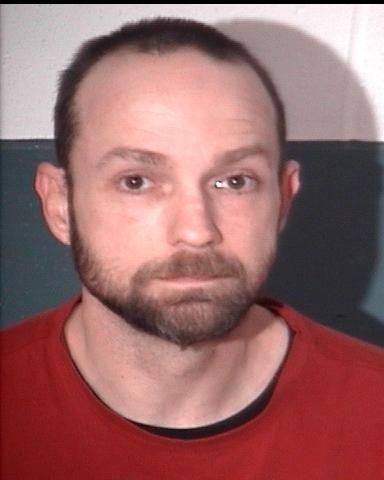 Deputies arrested 40-year-old Alan Level, of 1717 23rd St., on charges of dealing marijuana, possession of marijuana, possession of drug paraphernalia and maintaining a common nuisance after finding more than 30 grams of the drug in his vehicle.
According to a Lawrence County Superior Court II probable cause affidavit, at 1:48 p.m., Level went at the sheriff’s department with a stray dog he found.
Detective Tyler Trueblood said he smelled the odor of burnt marijuana coming from Level.
A few minutes later, Trueblood and another officer went to Level’s pickup truck to look at the dog. When Level got the dog out of the pickup, police could smell the odor of marijuana.
Detective Trueblood asked Level if he had smoked marijuana or was carrying the drug.
Level than pulled out a cigarette package saying he had a marijuana roach.
When police asked Level if there were any drugs in his vehicle, he replied there was a little more in the truck. Officers found 30 grams of marijuana, a book about growing the plant, a scale, and other drug paraphernalia.
Level was arrested and posted a $755 cash bond and was released a short time later.