(JONESVILLE) – Three people died Wednesday morning in a multi-vehicle crash on I-65 Southbound near the 54-mile marker in Jackson County.

Trp. Matt Holley, Indiana State Police-Versailles Crash Reconstruction Team indicated that I-65 Southbound was slow in the area due to a highway maintenance crew performing repairs to the southbound lanes.
A 2015 Freightliner hauling a box trailer, being driven by 28-year-old Cameron R. Haskett, of Halethrope, Maryland had slowed in the left lane due to the slowed traffic. A 2009 GMC Sierra being driven by 67-year-John W. Mumma, of Philo, Illinois had slowed behind Haskett’s vehicle. A recreational vehicle (motorhome) being driven by 57-year-old Glenn E. Cardelli, of Minocqua, Wisconsin had slowed behind Mumma’s vehicle. 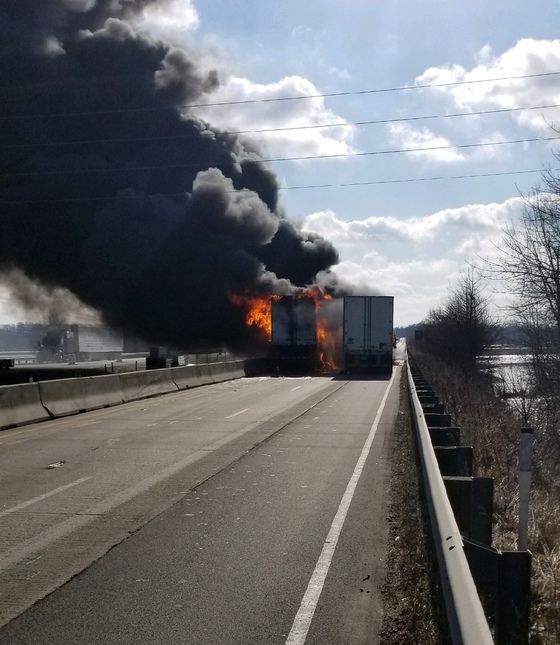 Photo courtesy ISP Sgt. Stephen Wheeles
A tractor-trailer (unknown year/make), being driven by 46-year-old Roger E. Woody, of Mooresboro, North Carolina was traveling in the left lane, approaching the slowed traffic. Woody failed to slow his vehicle for the stopped traffic in front of his vehicle. His vehicle collided with the rear of Cardelli’s vehicle. This caused a chain reaction, pushing Cardelli’s RV into the back of Mumma’s vehicle. Mumma’s vehicle was then pushed into the rear of Haskett’s trailer. Woody’s vehicle also collided with a tractor-trailer (unknown year/make) being driven by 43-year-old Anatoliy M. Petrov, of Park Ridge, Illinois that was traveling in the right lane of I-65 Southbound.
As a result of the collision, Glenn Cardelli, his wife 57-year-old Kathryn L. Cardelli, of Minocqua, Wisconsin, and John Mumma were all killed in the crash. None of the other participants were injured. 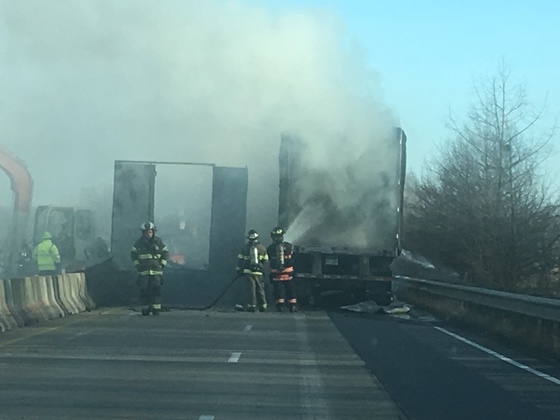